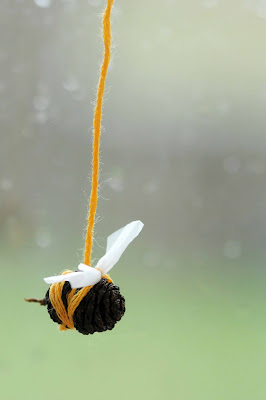 I was asked to bring something to share at my recent visit to Wood School. I haven't made these alder bees with a group for years despite having all the bits in a nice little cigar box ready to go. 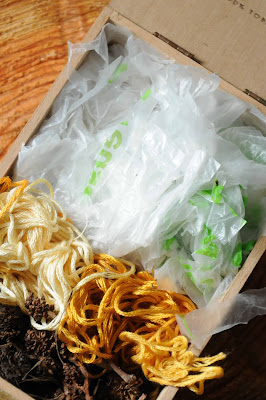 Normally when I'm working with groups of children who don't spend much time in the woods I like any craft I introduce to be much more open ended and exploratory. The children at wood school are seasoned creative woodland explorers and this is such a pleasing little craft and fitted the season so well. I couldn't resist and neither could the kids (and adults) at Wood School. 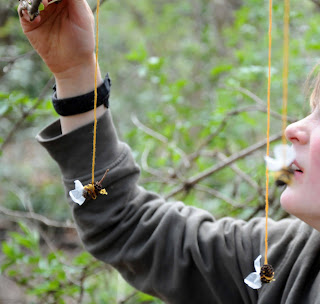 It only relies on 3 elements; the little cones from the alder tree, white plastic carrier bags and yellow embroidery thread. I tried using full sized cones once, but the result wasn't the same. I think the teeny scale is what makes them work. 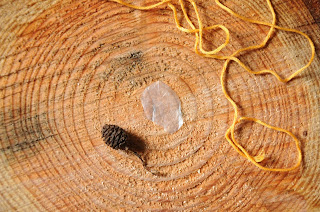 A piece of thread about a foot long, and a circle cut from the carrier bag. We folded the bag in half and cut out semi circles. This really pleased one of the smaller girls who enjoyed noticing how the half circle became a full circle. 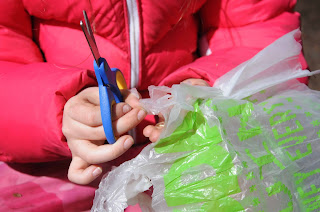 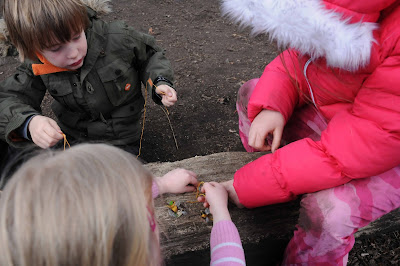 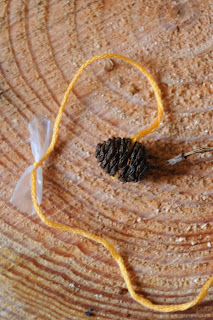 The end of the thread can be put on the cone and wound round and round until the wings are close up against the cone. 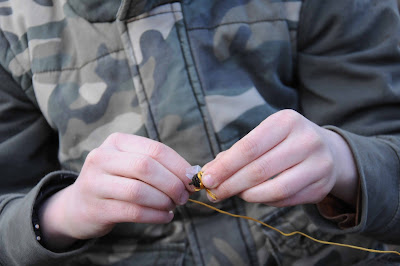 You can keep winding it up until the thread is all wound round. Just make sure the thread it is poked between the scales of the cone by pulling it every so often. 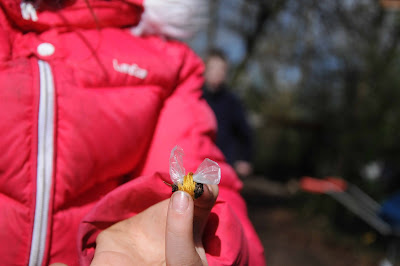 This one had a little loop in it by accident, but that meant it could be worn as a ring. 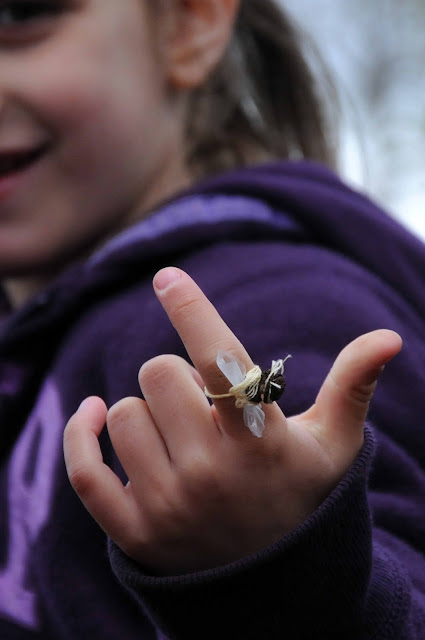 Or leave the thread long and hang them from a tree. 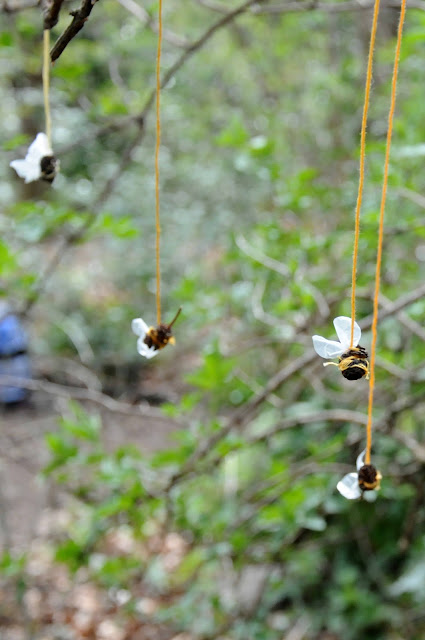 More than once while we were making these a bee flew by. Spring is well and truly here (for now) The bluebells are opening, the blossom is on the trees. Let's hear it for bees and the vital work they do! Yippeeee!