There is a really fascinating process you can do with fire that is basically making charcoal but without any wood... 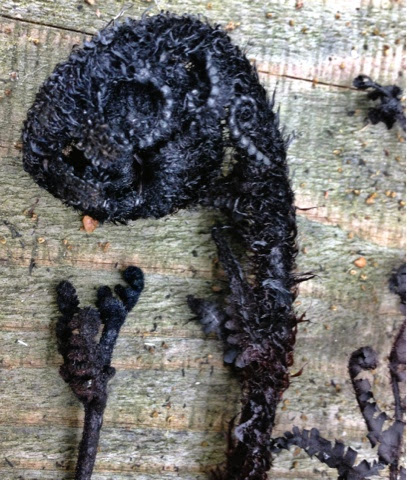 The process of making charcoal is to get something that is carbon based; so pretty much everything that was once alive, heat it up really hot without any oxygen until the water, the volatiles and the other impurities are burnt off and only the carbon is left behind. 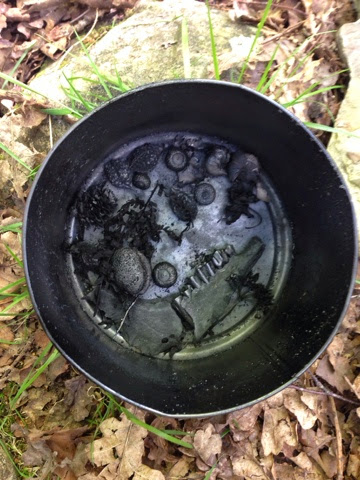 So much for the science part! This is actually a lot simpler than it sounds.

Charcoal does this with wood, but what if you used flowers and seed heads, leaves and fronds.... 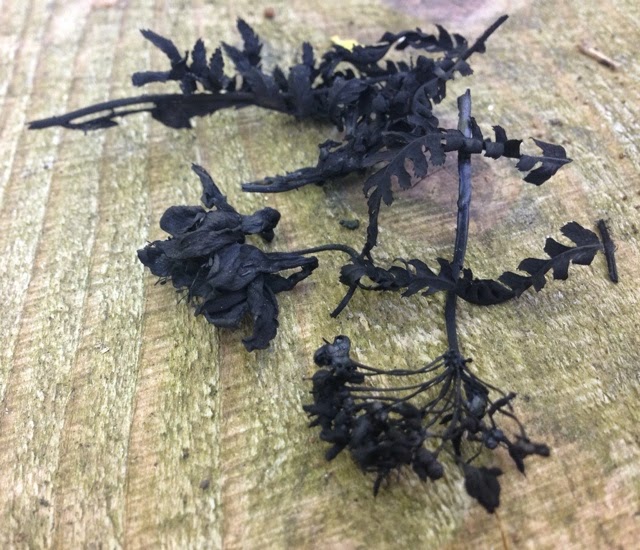 The best way to create an atmosphere with very little oxygen is a treacle tin, or some other metal tin with a tight fitting lid.

This tin needs a single hole in the top. Made with a hammer and nail. 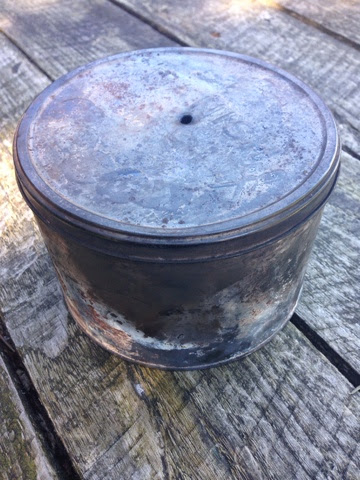 The tin then be filled with the stuff you want to char. This is the method for making char-cloth. This will catch a spark very easily and was used in tinder boxes. Leaves, flowers, seed heads and any other natural thing will also char. 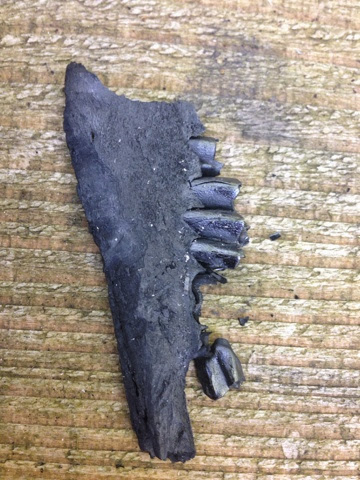 The filled tin is then put onto the fire in a hot area. This will drive anything that isn't carbon out. You will see it coming out of the hole in the top. First as white puffy clouds of smoke with lots of water in, then the smoke looks dirtier with browns and eventually blues as all the other stuff is driven out. 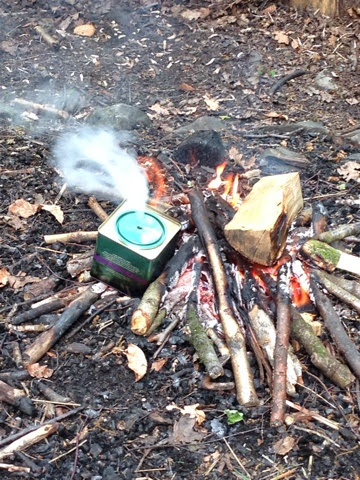 The next stage after this is for the objects to catch fire and we don't want that. So remove the tin and poke a twig in the top to stop any more oxygen getting in and allow the tin to cool.

When you open it up inside are brittle black gothic versions of the things you put in. 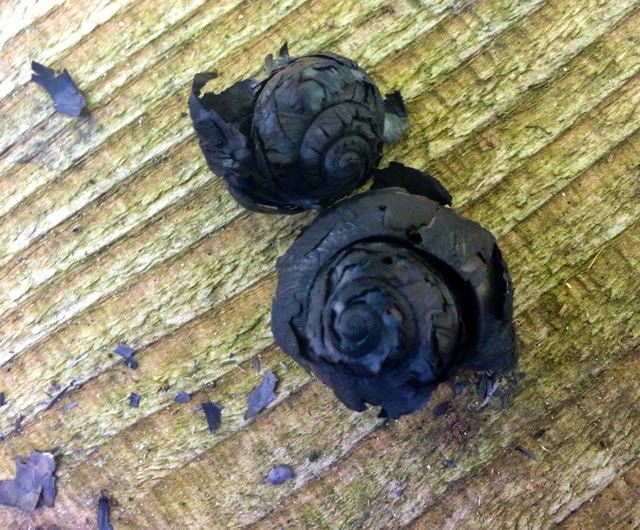 These holly leaves were covered in beetle blues and purples. 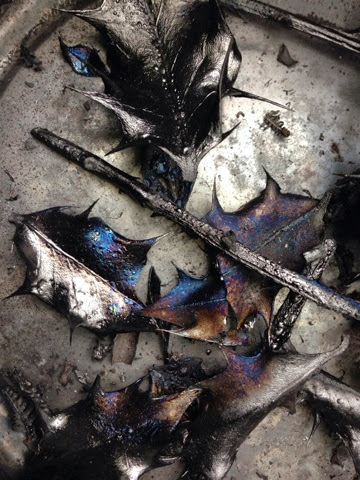 We tried a dandelion head but I don't know if we were too impatient but the seeds never went really black. 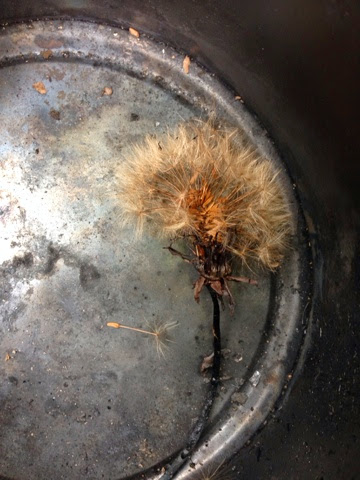 It's a really interesting experiment and everything I saw for a couple of days afterwards I wondered what it would look like. It could be an engaging line of investigation for a Forest School programme. 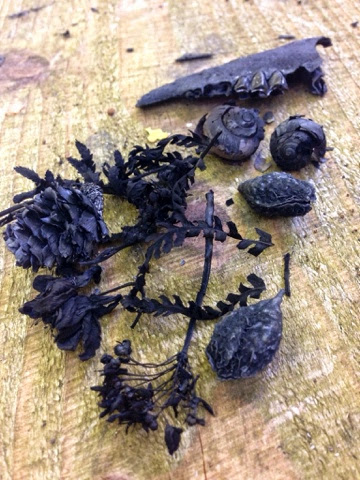